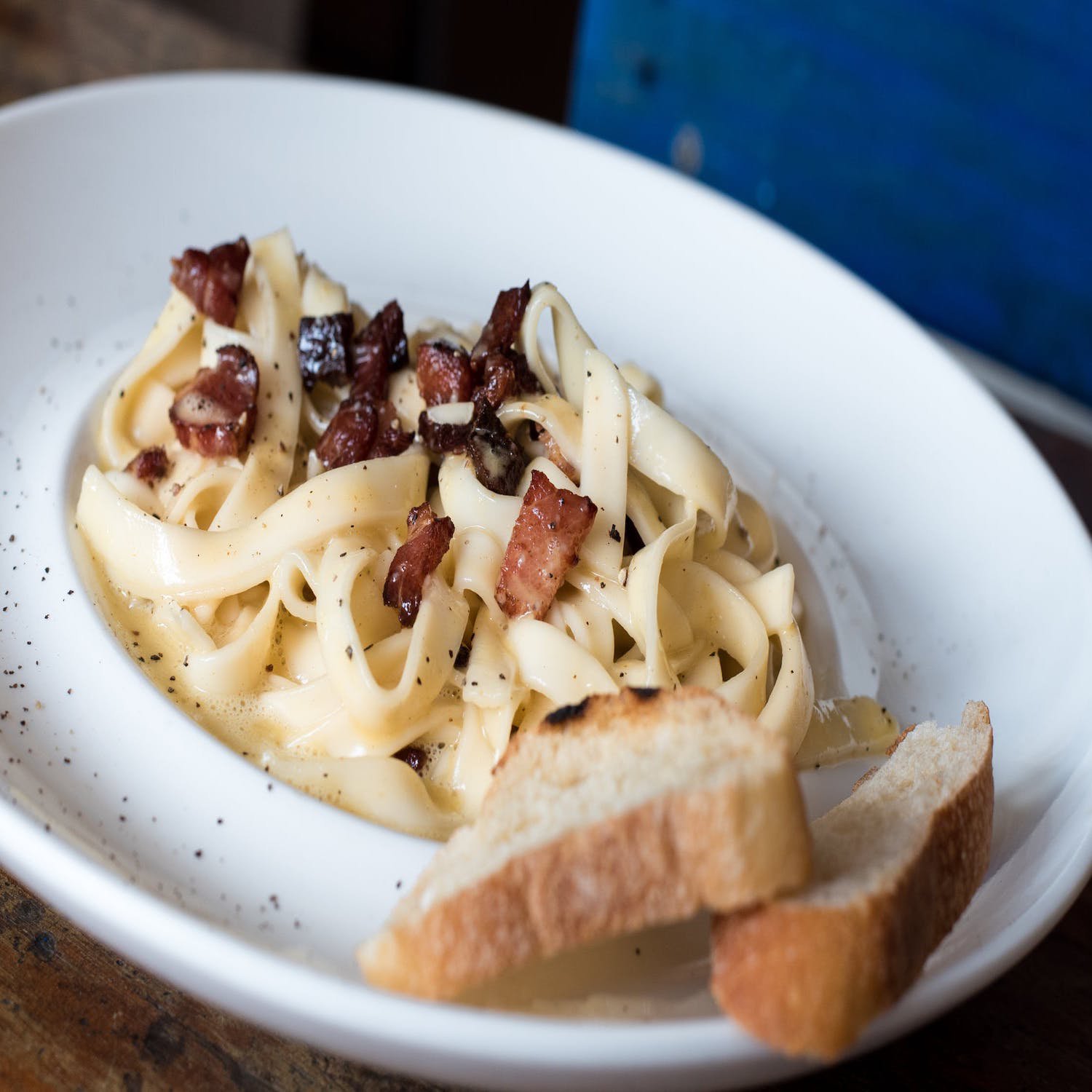 One of the greatest dishes you can make, spaghetti carbonara. This cheesy Italian favourite is simply irresistible and just as easy to make.

If spaghetti carbonara doesn't make you at least think about Italian citizenship then you clearly haven't had it before. Prepare for awesomeness that is unrivalled.

Cut the bacon into small strips, the thicker cut of bacon works the best. Then chop up the mushrooms, and add both the mushrooms and bacon to a pan (glazed with olive oil) at medium temperature and cook until browned. You can then turn down the heat while you prepare the next stage.

Heat a pot of water and add the spaghetti and cook for about 10 mins.

While the spaghetti is cooking grab a bowl, then grate the parmesan cheese, beat the egg yokes and add together in the bowl with 3 spoons of boiling water and 140ml of milk, stirring until it thickens (be sure to keep some parmesan for sprinkling later). You can also add pepper at this stage if you wish.

When the spaghetti has cooked drain, then pour over the bacon and mushrooms, turn up the heat and add the spaghetti and stir constantly. This gives the spaghetti more texture. Once the spaghetti has soaked up a good bit of the olive oil and has started to firm add the mix from the bowl. Bring to the boil and stir until the mixture is no longer runny.

Add the mixture from the pan to your plates, then sprinkle the cheese over (you can also add freshly cut bread to the side of your plates), serve and enjoy!

Want to contribute? Let us know!
At Eat My Food we are always looking for new and exciting recipes.